Volunteering in Rounders laid the foundations for my career
June 06, 2018 - Posted by Rounders England in Case Studies - Our Sports Impact 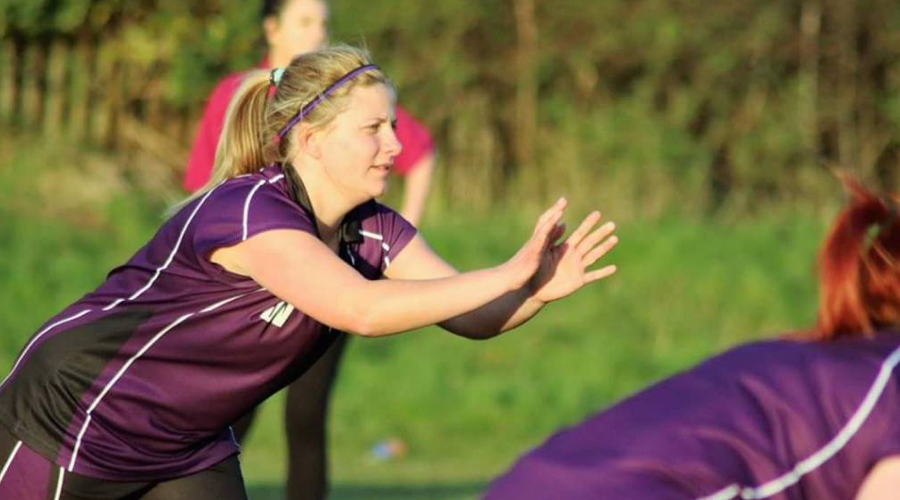 Rounders is my life, both on and off the field. There is so much I owe the sport; from my health and fitness, to my friendships and my career, however the path has not always been easy. I’ve put in a lot of hours and effort, along with the club founder, Sam Leaf, and we now have a club and a rounders family to be proud of. We continue to thrive, from the 9 women who joined in 2008, to the 40+ who registered in 2016. I am confident that the club will be embedded in the community for many, many years to come.

My personal achievements have come through the confidence that I have developed within the sport; I am treasurer of Horwich Rounders club and have helped secure a substantial amount this year in funding bids and a further £200 in sponsorship. I have networked and liaised with councillors and the mayor of Horwich, lobbying them when our playing fields have come under threat from housing plans. Our end of season presentation raised £481 which was diverted back into the club. In June this year, with the help of my club, I organised a race night in memory of our player Wendy Pelling, who sadly passed away in May. The event raised funds which contributed towards her funeral costs. In 2015 I formed a Couch25k group for my Rounders friends, I then went on to develop a Running 4 Mum running group and in May 2016 ran the Manchester 10k in memory of my mum, raising £1,200 for The Christie.

Below is a timeline of my life in Rounders!

March – became a Bolton Clubmark Inclusion Club.
Assisted another coach from the club to upskill to Level 2.
Section K Runners Up
Players selected to represent the district in the annual rounders tournament.
In partnership with the local mens Horwich hockey team we formed a women’s hockey team.

My experience with Rounders started back in 2008 and has led me down a career path that I am wholly invested in.